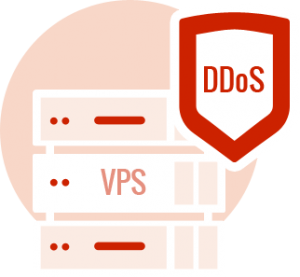 * Monthly price if you pre-pay for 3 years, which includes 40% discount.

JavaPipe’s VPS products are guarded against all known types of Distributed Denial of Service attacks. JavaPipe utilizes a combination of proprietary mitigation hardware and ACLs to accommodate a DDoS scrubbing capacity of 750Gbps.

Each SolusVM VPS node uses the latest and greatest hardware components, such as SSD drives, DDR3 RAM and the latest Intel Xeon CPUs to provide the best possible performance for every VPS running on the host system.

We use the most trusted bandwidth providers to guarantee the lowest possible latency, fastest download speeds, and highest availability. Our multi-homed network utilizes at least three Tier-1 providers.

You get full root access to your VPS and can also reinstall the OS or reboot the VM from the SolusVM control panel. Our VPS are unmanaged by default, but you can also select a management option if you like.

We offer 24/7 hosting support that is there to help you with your questions around the clock. We don’t use L1 and L2 support tiers, you always get through to an L3 technician to assist you.

What Is A VPS Server?

VPS stands for Virtual Private Server. It is also referred to as vServer (Virtual Server) or VM (Virtual Machine). It basically just means that instead of a physical DDoS protected dedicated server you get a virtual slice of it.

This makes it possible to benefit from a dedicated hosting environment with full root access and everything, without having to rent dedicated hardware, which usually provide more resources than required.

While a dedicated server often offers more resources than a VPS or at least cheaper resources if you need many, there are lots of benefits of using a VM instead of a dedicated one. For instance, there can’t be any disk failures unlike with a bare-metal unit and it’s easy to backup a whole VM to later restore it.

Using a VPS also enables you to upgrade or downgrade the assigned resources at any time to dynamically adapt to growth (upgrade) or loss of traffic (downgrade).

What Is A DDoS Protected VPS?

A DDoS protected VPS is a virtual private server that includes DDoS mitigation, meaning it’s located inside a network or data center resistant to DDoS attacks.

This requires massive bandwidth capacity and special hardware firewalls that are designed to stop malicious packets before they can do any harm. Most virtual servers are unprotected and therefore vulnerable to DDoS attacks.

If you host your application on a secure 1Gbps VPS such as our unlimited bandwidth VPS hosting, it means that it’s not vulnerable to cyber attacks and can’t be taken down by malicious attackers, which could be competitors or simply cyberpunks. DDoS is even used to blackmail online shops sometimes.

For reference, check out some of the threats against both Daybreak Games and Blizzard Entertainment by the group known as “Lizard Squad”. If you choose a JavaPipe product, you don’t have to worry about these things anymore and it’s often a better alternative to remote protection and provides higher uptime than anything else.

What Kind of Virtualization Do You Use?

There are several different ways to virtualize a bare-metal server to turn it into a host system (1Gbps port speed or better recommended as well as a redundant RAID-10 array and colocation to keep the costs low). The most common technology is OpenVZ, however, OpenVZ is just a user-land virtualization and more like a chroot jail than an actual virtual machine. OpenVZ nodes often provide less performance than Xen or KVM hosting nodes.

Then there is also so-called full virtualization – the most common technologies are called KVM and Xen. KVM provides only full virtualization, which is often impractical for management because the host system (aka the VPS node) does not allow any access to the filesystem of the guest (the VPS) to for example configure the network automatically.

Xen offers two different types of virtualization. One is called Xen HVM, which is a full virtualization method like KVM and the other one is Xen PV, which is a para-virtualization similar to OpenVZ, but with several benefits over OpenVZ. While with OpenVZ the VPS’s are forced to use the Linux kernel of the host system, which results in several limitations, such as the inability to load own kernel modules, limitations regarding iptables and more, Xen PV makes it possible to have the guest systems use their own kernels.

JavaPipe uses KVM for virtualization of its DDoS protected Linux VPS platform (based on SolusVM) because it allows one to benefit from the advantages of both user-land virtualization such as OpenVZ and full virtualization like KVM without their drawbacks.

What Hardware Do You Use For Your DDoS Protected VPS Nodes?

It’s very important to make sure that you provider you choose uses the most up to date hardware for virtualization. JavaPipe uses the latest Intel Xeon processors for super-fast calculations together high-frequency DDR3 RAM and low-latency local SSD (Solid State Drive) storage. IPv4 addresses are provided by default, while IPv6 addresses are available upon request. All nodes use at least 1Gbps network cards and are hosted inside networks of 100Gbps (100Gbit/s) network capacity or larger.

This high-end hardware assures the best possible performance of each virtual private server. In particular, the high clock speed of the CPUs and the DDR3 RAM makes our virtual hosting products a perfect choice to run game servers such as Minecraft or any other application that requires great performance.

This multi-layer attack mitigation assures that both minuscule and very complex attacks are being stopped within less than just a second to keep your VPS online at all times. This is also perfect for protection of VoIP applications which require very sophisticated mitigation methods to avoid audio/video stuttering when attacked.

No matter if you host a game server, TeamSpeak, Camfrog or web application on one of our secured VPS products, our multi-layer filtering will keep it online during 10Gbps or larger attacks.

Need a Linux VPS with built-in attack mitigation and management? JavaPipe offers management options for its dedicated host and VPS hosting products. Apart from not having to worry about system maintenance, updates or troubleshooting, the “fully managed” option provides a highly optimized VPS hosting environment that you won’t find anywhere else – it will super-charge your website and make it load faster than ever while keeping it safe from all types of cyber-attacks.

But let’s discuss the different options first that you can select when you order your VPS.

The default option is “Unmanaged”. This means that JavaPipe won’t provide any software related support for your Linux VPS at all. You either have to be tech savvy enough to manage your own Linux hosting environment or hire an external system administrator to do it for you.

This option is only recommended for experts who know what they’re doing and don’t require any help. An outdated or badly configured Linux system can easily be compromised and abused by hackers.

If you select “Semi Managed” during the order process, JavaPipe’s expert staff will assist you with questions related to software issues or installations. If you run into a problem and are not sure how to solve it, you can open a ticket and a professional system administrator will look into it for you.

With a semi-managed anti-DDoS VPS, you still have full root access and full responsibility of maintaining your Linux system and applications. The consulting or remote hands duration is limited to at most 20 minutes per month.

This management option is recommended for experts who want to manage the server themselves but want to have the security to be able to get quick assistance if they run into any issue.

A fully managed VPS comes with a lot of perks. You get access to a Vesta hosting control panel from where you can manage all aspects of your web hosting, such as e-mail or FTP accounts, add/delete domains and much more.

This environment is highly optimized and is not a default Vesta setup, but a custom fork of it, optimized for high performance and extra layers for layer 7 DDoS filtering and it even has a WAF (Web Application Firewall) included. Below are a few highlights:

These are just a few highlights of what a fully managed virtual private server has to offer.

The “Fully Managed” option is recommended for everyone who operates a website that requires great performance and security. It comes without root access and the whole environment is managed by JavaPipe’s professional sysadmins. You don’t have to worry about maintaining anything but your application itself and you can completely focus on your core business. Managed VPS plans are also perfect for people who want to offer shared hosting or reseller hosting with DDoS protection.