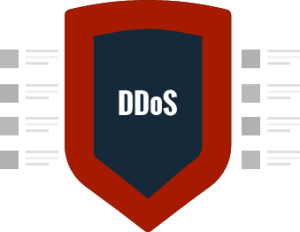 Our servers are protected against all known types of DDoS attacks. We use a combination of DDoS mitigation hardware and ACLs to accommodate a capacity of 750Gbps DDoS protection.

We currently offer HP hardware and we only provide the dedicated servers that are capable of high perfomance.

Choose the server hardware you need. We offer plenty of storage, memory and server security options to fill every need. DDoS protection and WAF solutions are optional.

We only use the most trusted data center providers equipped with multiple tier-1 transit providers (multi-homed networks).

You get full root access to your DDoS protected dedicated server as well as access to IPMI/ILO for remote server management. We can also provide managed server services where needed.

Our team of expert system administrators is available to assist you if you run into any issues with your DDoS protected server.

In an internet landscape such as today’s, where DDoS-for-hire services are openly and easily accessible to everyone, an appropriate cyber defense strategy has become an essential part of running an online service. Websites, email servers, app servers and game servers are constantly being threatened by anyone who has a little money and desire to cause harm.

Thousands of dollars are lost due to DDoS attacks running in gigabits in intensity and the threat is increasing every day. There are hundreds of DDoS attack tools and hundreds of services which claim to protect your business from Distributed Denial of Service attacks. It becomes painful for many organizations to choose a proper countermeasure to help fight against this threat.

JavaPipe provides businesses and organisations with tailor-made solutions that fit most requirements. JavaPipe’s DDoS protected dedicated server hosting solution is not a one-size-fits-all, since we analyze the threats beforehand and tailor the DDoS protection based on customer feedback, packet captures and thorough testing. Our state of the art mitigation system allows us to thwart large attacks within seconds and counter well-crafted small attacks with granular filtering.

There are many solutions which are based on remote/proxy DDoS protection, but this type of solution, while effective if you wish to host your server at another provider, has some limitations such as game server compatibility and the vulnerability of exposing the backend server’s unprotected IP address. This is where DDoS protected servers become the ideal solution to protect your online business from DDoS.

JavaPipe’s dedicated servers are housed behind state of the art DDoS mitigation hardware. This gives complete control over how traffic reaches your server, unlike with remote protection, where the traffic flows to and from different data centers.

A very common advantage of using a DDoS protected dedicated game server is that you can run games that utilize visitor IPs to manage player access. This is something that’s not available when using remote protection solutions, because all traffic going through the remote proxy will adopt the proxy IP, thus banning IP address that you see on your backend server leads to getting all your visitors banned.

Custom setups of JavaPipe’s remote protection, like GRE tunnels and use of X-Forwarded-For headers with HTTP traffic, helps in some cases but doesn’t work for many game server types.

A protected server helps you to focus on your core tasks like managing and running the game and its players instead of being distracted by latency and disconnection issues on a daily basis.

Dedicated servers that include DDoS protection eliminate the problem of their server IP being leaked to attackers, because the IP itself is protected, whereas with protection by proxy and unprotected server IP is just shielded by a protected IP that forwards the clean traffic to the unprotected backend server IP.

You are also not limited to just one IP, you can request as many DDoS protected IPs as you need to host multiple solutions on one dedicated server.

While remote protection allows seamless protection of websites, it fails to protect e-mail servers. Anyone who knows how to read the header information of outgoing e-mails can discover the unprotected backend server’s IP address and attack the server directly.

An email server hosted inside a DDoS secured network eliminates this flaw and safeguards against all known types of DDoS attacks.

There are game servers which are not compatible with proxy protection, such as Steam-powered games, because these game servers announce the IP the game server daemon listens on so-called master servers that list the currently online game servers in-game.

In this case protected servers come in handy because the announced game server IP can’t be brought down as it has native DDoS protection already.

JavaPipe operates in-house mitigation hardware that detects attacks in less than a second. This prevents attackers from taking advantage of the time it takes ordinary DDoS mitigation hardware to detect and stop a DDoS attack by starting many short attacks of different types.

Another use for our protected dedicated servers is reselling the DDoS protection under your own label. Since multiple IPs can be assigned to the server, it can be turned into a protected VPS hypervisor or a reverse proxy server.

We also offer white-labeled control panels for our resellers, where all technical aspects are covered by JavaPipe while the reseller can focus on the selling part.

It is best for game server owners, email server admins, app server admins and resellers of DDoS protection to get a DDoS protected dedicated server at JavaPipe. It saves time and energy and is backed by proven technical support.

Leave all your network security worries to us and have more time to focus on your core business. If a dedicated server is too large for your needs, you can start small with a DDoS protected VPS or Unmetered VPS and dynamically increase resources as your project grows.